President Donald Trump of United States of America: Puppet to Russia? : Sen. Lindsey Graham (R-S.C.) says he wants to investigate whether Russia interfered with the 2016 U.S. election, amongst claims that Donald Trump’s rhetoric on Russia and Vladimir Putin is too soft.

The CIA presentation to senators about Russia’s intentions fell short of a formal U.S. assessment produced by all 17 intelligence agencies. A senior U.S. official said there were minor disagreements among intelligence officials about the agency’s assessment, in part because some questions remain unanswered.

For example, intelligence agencies do not have specific intelligence showing officials in the Kremlin “directing” the identified individuals to pass the Democratic emails to WikiLeaks, a second senior U.S. official said. Those actors, according to the official, were “one step” removed from the Russian government, rather than government employees. Moscow has in the past used middlemen to participate in sensitive intelligence operations so it has plausible deniability.

Julian Assange, the founder of WikiLeaks, has said in a television interview that the “Russian government is not the source.”

The White House and CIA officials declined to comment.

On Friday, the White House said President Obama had ordered a “full review” of Russian hacking during the election campaign, as pressure from Congress has grown for greater public understanding of exactly what Moscow did to influence the electoral process.

“We may have crossed into a new threshold, and it is incumbent upon us to take stock of that, to review, to conduct some after-action, to understand what has happened and to impart some lessons learned,” Obama’s counter-terrorism and homeland security adviser, Lisa Monaco, told reporters at a breakfast hosted by the Christian Science Monitor.

Obama wants the report before he leaves office Jan. 20, Monaco said. The review will be led by James Clapper, the outgoing director of national intelligence, officials said.

During her remarks, Monaco didn’t address the latest CIA assessment, which hasn’t been previously disclosed.

Seven Democratic senators last week asked Obama to declassify details about the intrusions and why officials believe that the Kremlin was behind the operation. Officials said Friday that the senators specifically were asking the White House to release portions of the CIA’s presentation.

This week, top Democratic lawmakers in the House also sent a letter to Obama, asking for briefings on Russian interference in the election.

U.S. intelligence agencies have been cautious for months in characterizing Russia’s motivations, reflecting the United States’ long-standing struggle to collect reliable intelligence on President Vladi­mir Putin and those closest to him.

In previous assessments, the CIA and other intelligence agencies told the White House and congressional leaders that they believed Moscow’s aim was to undermine confidence in the U.S. electoral system. The assessments stopped short of saying the goal was to help elect Trump.

On Oct. 7, the intelligence community officially accused Moscow of seeking to interfere in the election through the hacking of “political organizations.” Though the statement never specified which party, it was clear that officials were referring to cyber-intrusions into the computers of the DNC and other Democratic groups and individuals.

Some key Republican lawmakers have continued to question the quality of evidence supporting Russian involvement.

“I’ll be the first one to come out and point at Russia if there’s clear evidence, but there is no clear evidence — even now,” said Rep. Devin Nunes (R-Calif.), the Chairman of the House Intelligence Committee and a member of the Trump transition team. “There’s a lot of innuendo, lots of circumstantial evidence, that’s it.”

Though Russia has long conducted cyberspying on U.S. agencies, companies and organizations, this presidential campaign marks the first time Moscow has attempted through cyber-means to interfere in, if not actively influence, the outcome of an election, the officials said.

The reluctance of the Obama White House to respond to the alleged Russian intrusions before Election Day upset Democrats on the Hill as well as members of the Clinton campaign.

Within the administration, top officials from different agencies sparred over whether and how to respond. White House officials were concerned that covert retaliatory measures might risk an escalation in which Russia, with sophisticated cyber-capabilities, might have less to lose than the United States, with its vast and vulnerable digital infrastructure.

The White House’s reluctance to take that risk left Washington weighing more-limited measures, including the “naming and shaming” approach of publicly blaming Moscow.

By mid-September, White House officials had decided it was time to take that step, but they worried that doing so unilaterally and without bipartisan congressional backing just weeks before the election would make Obama vulnerable to charges that he was using intelligence for political purposes.

Instead, officials devised a plan to seek bipartisan support from top lawmakers and set up a secret meeting with the Gang of 12 — a group that includes House and Senate leaders, as well as the chairmen and ranking members of both chambers’ committees on intelligence and homeland security.

Obama dispatched Monaco, FBI Director James B. Comey and Homeland Security Secretary Jeh Johnson to make the pitch for a “show of solidarity and bipartisan unity” against Russian interference in the election, according to a senior administration official.

Specifically, the White House wanted congressional leaders to sign off on a bipartisan statement urging state and local officials to take federal help in protecting their voting-registration and balloting machines from Russian cyber-intrusions.

Though U.S. intelligence agencies were skeptical that hackers would be able to manipulate the election results in a systematic way, the White House feared that Russia would attempt to do so, sowing doubt about the fundamental mechanisms of democracy and potentially forcing a more dangerous confrontation between Washington and Moscow.

In a secure room in the Capitol used for briefings involving classified information, administration officials broadly laid out the evidence U.S. spy agencies had collected, showing Russia’s role in cyber-intrusions in at least two states and in hacking the emails of the Democratic organizations and individuals.

And they made a case for a united, bipartisan front in response to what one official described as “the threat posed by unprecedented meddling by a foreign power in our election process.”

The Democratic leaders in the room unanimously agreed on the need to take the threat seriously. Republicans, however, were divided, with at least two GOP lawmakers reluctant to accede to the White House requests.

According to several officials, McConnell raised doubts about the underlying intelligence and made clear to the administration that he would consider any effort by the White House to challenge the Russians publicly an act of partisan politics.

Some of the Republicans in the briefing also seemed opposed to the idea of going public with such explosive allegations in the final stages of an election, a move that they argued would only rattle public confidence and play into Moscow’s hands.

McConnell’s office did not respond to a request for comment. After the election, Trump chose McConnell’s wife, Elaine Chao, as his nominee for transportation secretary.

Some Clinton supporters saw the White House’s reluctance to act without bipartisan support as further evidence of an excessive caution in facing adversaries. 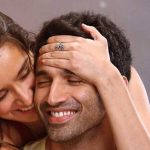 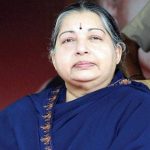