Prince Harry will be releasing a new book that will provide ‘sight, revelation, self-examination, and hard-won wisdom’.

Prince Harry’s new book is named spare and will be released in January.

The heir and the spare is a reference in the title of his book, which was confirmed by the publisher Penguin Random House.

The book was supposed to come out this fall, but it has likely been postponed in memory of his grandmother, Queen Elizabeth II, who passed away in September. It will debut on a global scale on January 10, 2023.

The book will be published in translation in 15 additional languages, including Spanish, Italian, German, and Chinese, according to Penguin Random House. The memoir will be available in English in the UK, Ireland, Australia, New Zealand, India, South Africa, and Canada.

The book describes about , “most searing images of the twentieth century: two young boys, two princes, walking behind their mother’s coffin as the world watched in sorrow—and horror”

It also adds, “As Diana, Princess of Wales, was laid to rest, billions wondered what the princes must be thinking and feeling—and how their lives would play out from that point on. For Harry, this is his story at last.”

British publishers said, “It finds him writing about some moments from his life publicly for the first time,” such as the funeral walk”

His selfless service in Afghanistan is also detailed in the memoir “and the happiness he experienced as a husband and father. It presents a sincere and compelling personal portrait that reveals to readers that the Prince has a more complex life than they may realise. This story is variously inspiring, brave, and eye-opening.”

Prince Harry, The Duke of Sussex, is a husband, father, humanitarian, former military veteran, a supporter of mental wellness, and environmentalist, according to a description under the heading “about the author.” With his family and three dogs, he resides in Santa Barbara, California.

Who is Prince Harry?

He is a member of the British royal family. He is the younger son of King Charles III and his first wife Diana, Princess of Wales. He is fifth in the line of succession to the British throne.

The Duke and Duchess announced in January 2020 that they would divide their time equally between the United Kingdom and North America as they retired from their position as senior members of the royal family.

he Duke and Duchess was to stop serving as the Queen’s representatives and become financially independent, according to a statement made public by the Palace.

The couple keeps their HRH looks, but they are not allowed to wear them. 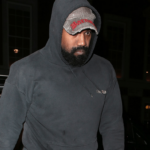 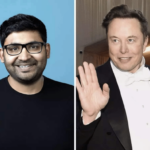