Currently, Salman Khan is busy shooting for his upcoming Kabir Khan movie which is titled as Tubelight. He is shooting for the movie in Manali and again he can be seen in a role pretty much similar to the character he played in ‘Bajrangi Bhaijaan’.

Contents
Check Out the TUBELIGHT Movie Leaked Video:Salu, dressed in his half sweater, shirt and trousers lead the troupe with a little help from the choreographer.

As of now, some of the pictures of Salman’ look in the movie and shooting have been come out from the Tubelight’ set. But in the latest development, a video has been leaked from the Tubelight movie. this video is basically a Dance Rehearsals video in which Salman can be seen rehearsing for the video song for the movie.

What a Friday to start with! Got a clip of @BeingSalmanKhan ‘s leaked dance video from #Tubelight , watch it guys 😉 pic.twitter.com/W884YzlW5v

Salu, dressed in his half sweater, shirt and trousers lead the troupe with a little help from the choreographer.

Looks like Salman has recently shot for a song in the film and apparently, an onlooker has shared a behind the scenes video from the location. Clad in a red sweater, Salman can be seen rehearsing his steps for the song sequence being shot in the woods. While the lyrics of the song are not audible, the music sounds like the one that is peculiar to the hilly regions.

Not only Salman but others from the crew are also seen matching their steps with the choreographer. The movie is supposed to be based on the Indo-China war and has Chinese actress Zhu Zhu playing Salman’s love interest in it.The film that is being directed by Kabir Khan is currently being shot in the pristine forests of Manali. 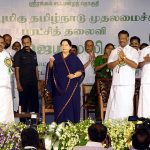 Tamil Nadu looks for Alternate of Jayalalithaa, Edappadi and Panneerselvam are AIDAMK’s Top-List
Next Article 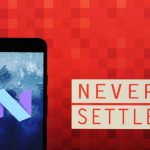