Neha Kakkar Broke Down: Singer Neha Kakkar has been mistreated at a wedding function, she has posted a video on Facebook, in which explained the reason that actually made her cry on stage while performing. She requested her fans not to blame the family, saying they were good and co-operative. It was the event manager who forced her to perform despite being unwell.

Neha Kakkar shared a video on Facebook in which she mentioned,”Many people are saying wrong to the family, but the couple and their family was very sweet. I had issues with the event company. I wasn’t able to bear the pain after performing for an hour and then how the event company behaved, I had issues with that.” She also refused to mention the name of the company. “I would not like to mention the name of the company,”.

She added,”I performed for an hour and I wanted to go back to my hotel because I was in pain, but how the event company behaved has hurt me. After being forced, I got back on the stage, but couldn’t help myself and I broke down. I am too emotional and I wasn’t able to hold back,”.

Singer thanked her fans for the support and love. She has given several hits in Bollywood as well as in Punjabi Industry, Manali Trance, Aao Raja, Dhating Naach, London Thumakda and Patt Lainge. 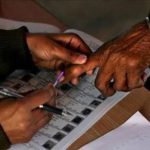 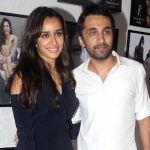