The Ghazi Attack Trailer out: The trailer of the Ghazi attack is finally out. The events in the film are inspired from a mission during 1971 war starring Tapsee Pannu, Rana Daggubati, Atul Kulkarni and Kay Kay Menon in pivotal roles. The Ghazi Attack is touted to be India’s first submarine war-based film.

Amitabh Bachchan has lent his voice to the opening narration which documents the history of India-Pak war in brief. Moreover, the movie is a good news for late Om Puri fans, as it stars him in an important role.

The Ghazi Attack Trailer out: A lesser- known war story!!

As the trailer builds up arguably the biggest war between the two nations, We can see Kay Kay Menon’s character who subtly spells out a soldier’s dilemma – of sticking to his superior’s instructions or fighting for his motherland.

The story revolves around naval officers of the Indian Submarine S2, who had to remain underwater for a classified mission. The Indian Submarine S-21 is known for destroying the Pakistani submarine PNS Ghazi when it ventured into Indian waters with the ambition of destroying INS Vikrant and conquering the Visakhapatnam port on the eastern coast of India in 1971.

The film is directed by Sankalp Reddy and is a joint venture of AA Films and Dharma Productions. It is shot in Hindi and Telugu and, slated to release on 17 February. 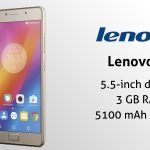 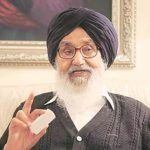