RBI cuts repo rate by 25 bps: The Reserve Bank of India (RBI) has cut the repo rate by 25 basis points to 6.25% from 6.5% on Tuesday.  Bank rate is now 6.75%. The entire committee agreed to this amendment. Apart from the RBI Governor the committee comprised of two RBI officials and three academics appointed by the GOI.

The Monetary Policy Committee reached this decision as it took in view the current state of inflation and inferred that it was unlikely for it to increase further.

It also said that the food inflation has decreased considerably due to the reduction in overall inflation. More credit will reach the productive sectors because of favorable monetary policy and better liquidity conditions.

RBI stated that it is expected that the growth will be boosted in the coming future due to heavy rains which are supposed to boost the agricultural produce. With this, the rural demand will also grow.

And now that the repo rate has been reduced, it would mean that cheaper bank loans would be available to the masses. It is thus a happy news for the ones who were planning on taking a bank loan for the purchase of house, car, property et cetera.

The RBI has set the retail inflation target at 4% with the threshold limit at 6% and the minimum limit at 2% for the next five years.  Any changes in the food inflation will also greatly affect the overall inflation in the near future. 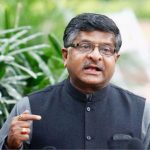 BJP hits back Arvind Kejriwal, P Chidambaram for Demanding for Proof of Army’s Surgical Strike across LoC
Next Article 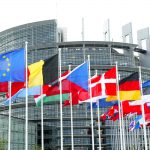