The question that is haunting many of us since days now is What is Andromeda?

We are hearing this word time and again but do not have a clue as to what it is, right? In layman’s language, it is an Operating System (OS) that Google is rumoured to be developing for a while now. It is not just an OS, Google is planning to merge Android and Chrome OS to provide a better, more unified user experience. Microsoft has done it with its Windows 10, iOS and MacOS share a lot in common. Now, Google intends on joining the club and this project of merging has been codenamed Andromeda.

Well, we will throw some light on it with whatever knowledge we have about it.  We will also do some digging up on the internet to impart you with as much knowledge as we can.

According to AndroidPolice, Google is already testing the Andromeda on an upcoming slim-trim laptop codenamed ‘Bison’. Since Sundar Pichai became Google’s CEO, he has been very really keen to bring Android features like the Google Play Store to the Chrome OS. The idea of merging Android and Chrome OS seems pretty rational keeping in mind Google’s arch-rivals – Microsoft and Apple – have already done it and people loved it. Especially Windows 10!

AnroidPolice (let us call it AP from now onwards) also reports that Bison will be running on Android instead of Chrome OS which leads to the development of a whole new platform. AP also states that the new OS will not just run Android apps on Chromebooks, it will be much more than that.

Some information about the Bison

It is expected to offer either 32 GB or 128 GB of storage along with 8 GB or 16 GB of RAM. AP also reports that Bison will have a backlit keyboard on board as well a glass trackpad (which has force detection), just like the one introduced with the latest MacBook.

Google intends on making this device less than 10 mm thick, which will make it the slimmest tablet in the market. Google is also planning to launch this device in Q3 of 2017. Long wait, eh?

There is a long list of things from which Google might take the curtains off on the October 4 event. These include two new smartphones (Pixel and Pixel XL), Chromecast with 4K support and a WiFi router which is being called Google WiFi.

The burning question that it raises is whether Google will unveil Andromeda on the October 4 event? Well, that is probably not going to happen. Even though all the hype might be with the Android smartphones likely to be revealed at the event, Andromeda just might shape our future. Stay tuned for more updates on Andromeda. 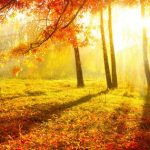 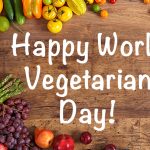