America’s Got Talent 2022 winner has been crowned for its latest season 17. Lebanese Dance Troupe The Mayyas Wins Season 17. The Lebanese all female alternative dance group collects the $1 million prize, and the opportunity to headline a residency at the Luxor Hotel & Casino in Las Vegas.

After weeks of competition, The Mayyas were named the competition series America’s Got Talent 2022 Winner For Season 17. With the grand prize, the Lebanese female dance troupe takes home the $1 million prize and a headlining show at Luxor Hotel and Casino in Las Vegas.

The Mayyas first caught America’s attention during their show-stopping audition, which prompted judge Sofía Vergara to press her Golden Buzzer.

During the live shows, the group delivered another hypnotizing dance routine that fellow judge and executive producer Simon Cowell predicted would “change the world.

“This is what a million-dollar act looks like,” said fellow judge Heidi Klum. “You brought your A-game every time you came, and tonight, it was A-plus.”

“They’re ready for Vegas – I’ll go and watch them,” said a fellow judge Heidi Klum shortly after the live performance. “I think they are amazing. It’s about costumes. It’s like wow moments. It’s like remembering, it’s haunting. They’re hypnotizing in a way. “

What Did Mayyas Founder Expressed

On Wednesday, the group presented another performance at the highest level for the final. Cherfan later told PEOPLE that they couldn’t feel more “proud of themselves” for all they had accomplished.

“Every moment of this experience was truly unforgettable, from the Golden Buzzer to the semi-finals to the finals,” he said. “It’s not about the title anymore. It is about a much bigger message for our people to believe in themselves and give hope to our country, which is entering a dark time. “

Fans took to social media to celebrate Mayyas’ win on AGT Season 17. Check out what they have to say.

You might be interested in reading : House Of The Dragon Season 2, House of the Dragon: The Targaryen Family Tree Explained 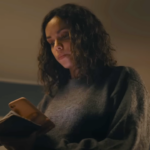 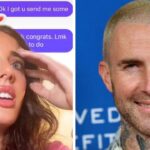