Both Britney Spears and new hub Sam Asghari have responded to her ex-spouse Kevin Federline after he stated publicly that their teen boys don’t want to see their mother right now.

“It saddens me to hear that my ex-husband has decided to discuss the relationship between me and my children,” Spears wrote in her Instagram stories.

“As we all know, raising teenage boys is never easy for anyone,” she continued. “Only one word: HURTFUL.”

Among Britney’s supporters, Paris Hilton replied to the post, writing, “Love you, Angel. So sorry you have to go through this. Sending you so much love and support.”

Federline, 44, a former dancer, later added, “This whole thing has been hard to watch, harder to live through, harder to watch my boys go through than anything else.”

“It’s been tough,” he said. “It’s the most challenging thing I’ve ever had to do in my life.”

Federline’s Concern In An Interview

In his interview, Federline shared concern over the impact Spears’ risqué Instagram posts has on their now teenage sons.

“I try to explain to them, ‘Look, maybe that’s just another way she tries to express herself.’ But that doesn’t take away from the fact of what it does to them. It’s tough…I can’t imagine how it feels to be a teenager having to go to high school.” 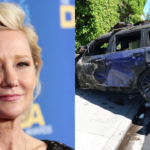