It is no secret that 2016 was not one of the best years for Samsung; credits to the Note 7 fiasco. We earlier reported that according to analysts, Samsung might launch their next flagship phone (S8) a bit early now. There have a number of reports on the same lately. According to the latest one, Samsung might launch Galaxy S8 with 6GB RAM and 256GB storage options.

A report from TechTastic shares information which has been sourced from Weibo. In their report, they throw some light on the upcoming Galaxy S8 specifications and features.

Since Apple is the arch rival of Samsung, it is pretty much natural for Samsung to attempt being at the same level as Apple. They will not want to lag behind in any area. In addition to this, Galaxy S8 is also rumoured to flaunt a massive 6GB RAM.

Qualcomm partnered with Samsung for the production of its upcoming flagship SoC – Snapdragon 835. They will be using Samsung’s 10nm FinFET production process. This means that it will not be wrong to assume that the Galaxy S8 will feature this SoC under the hood.

Lately, there have been many rumours surrounding the upcoming flagship smartphone. Some of them are rather too unrealistic like the inclusion of a 5.5-inch SUPERAMOLED 4K display. Some of them also suggested the possibility of an Exynos 8895 SoC.

Also, the rumours pointed towards the existence of a dual camera on the back. This is not surprising because nowadays there are many phones which are coming with dual camera setup.

As a matter of fact, even the launch date has been confirmed in one of the reports. It has been said that the Galaxy S8 will launch on February 26 at Mobile World Congress (MWC) 2017. A launch teaser was also released along with this report. Obviously, there is no official word on it yet.

A while back, Samsung acquired an AI firm, Viv, and probably wants to offer an AI-powered assistant of its own in the next flagship. It is not just that, the company will not limit the AI services to the mobile phones, they will be introduced across its whole range of products.

In addition to this, the Galaxy S8 is also expected to come with a bezel-less design. Also, they will be launched in 3 different sizes. Read this for more. That is it for now. Stay tuned for more updates. 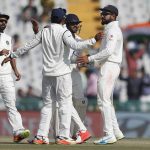 Ind vs Eng 3rd Test: England Struggled on Day 1 Against Spinners, Manages to Score 268/8
Next Article 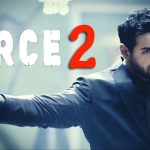