Rapper Coolio, best known for Gangsta Paradise has died at the age of 59.

Contents
Who Was Rapper Coolio?Cause Of Death

Los Angeles: US Rapper Coolio who blew the music charts with hits like “Gangsta Paradise” and “Fantastic Voyage” has died at 59, confirms his long-time manager Jarez Posey on Wednesday.

Who Was Rapper Coolio?

Artist Leon Ivey Jr professionally known as Rapper Coolio was an American rapper, record producer and actor. Before becoming a rapper he was working in voluntary firefighting and security at Los Angeles International Airport.

Coolio achieved success in the ’90s with his hit album “Gangsta Paradise (1995)” and “Fantastic Voyage”. He won a Grammy for “Gangsta Paradise” from the movie “Dangerous” one of the most successful rap songs of all time.

Rapper Coolio’s long-time manager Jarez Posey said that “the rapper was visiting a friend when he excused himself to go to the bathroom, but after disappearing for a while, the friend went to check on him, finding him unresponsive”.

The rapper’s friend called the emergency but he was found dead at the scene. Jarez told TMZ” paramedics suspected cardiac arrest as the cause of death”.The official cause of death has not been determined yet. 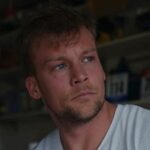 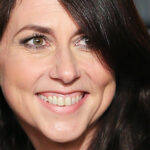