Top Hollywood Inspirational Movies one Should Watch: Once in a while we come across a movie which moves us, inspires us to do better, and makes us think about life and its meaning and our reason to exist. Here are best 10 hollywood inspirational movies for you.

Happy watching and at the same time get inspired while doing so.

A struggling salesman takes custody of his son as he’s poised to begin a life-changing professional endeavor.

:  Will Hunting, a janitor at M.I.T., has a gift for mathematics, but needs help  from a psychologist to find direction in his life.

When his secret bride is executed for assaulting an English soldier who tried to rape her, William Wallace begins a revolt against King Edward I of England.

The lives of guards on Death Row are affected by one of their charges: a black man accused of child murder and rape, yet who has a mysterious gift.

Hollywood Inspirational Movies One Should Watch : Next Five

A fisherman, a smuggler, and a syndicate of businessmen match wits over the possession of a priceless diamond.

English teacher John Keating inspires his students to look at poetry with a different perspective of authentic knowledge and feelings.

Forrest Gump, while not intelligent, has accidentally been present at many historic moments, but his true love, Jenny Curran, eludes him.

Rocky Balboa, a small-time boxer, gets a supremely rare chance to fight heavy-weight champion Apollo Creed in a bout in which he strives to go the distance for his self-respect. All time fav and one should must watch rocky as it is one of best hollywood motivational movie.

A man with a fateful secret embarks on an extraordinary journey of redemption by forever changing the lives of seven strangers.

Inspire yourself with the Best Hollywood Inspirational Movies. 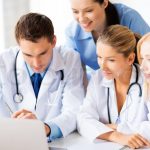 What Can You Do with a BSN in Nursing?
Next Article 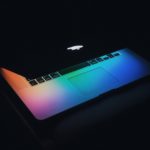