The Reserve Bank of India is working on the plans to reduce the transaction costs as it tries to encourage more digital banking, PAC panel members told as they quoted RBI Governor Urjit Patel.

“We are working on a mechanism to bring down transaction costs… we are speaking to all stakeholders”, the PAC panel member quoted Urjit Patel as saying. Urjit Patel recently appeared before the standing committee of the parliament regarding the committee’s probe into the demonetisation policy of the government. “It will take a few more weeks for the situation to improve in rural and remote areas”, Urjit Patel said.

When a PAC panel member said that there was a huge mismatch between the total amount of cash deposited and actual cash in the cooperative banks, Urjit Patel said that he is well informed about the matter and that the query regarding the same is being undertaken by the Financial Intelligence Unit-India (FIU-IND).

He has said that while the parliamentary standing committee was questioning him, he felt like he was appearing for College Viva exam and felt very terrified as the query left him answerless. 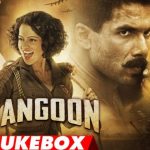 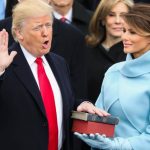