The largest manufacturer of smartphones – Samsung is stuck knee-deep in its Note 7 fiasco as the original as well replaced Note 7 units are catching fire or are exploding. As a result, Samsung has put the Note 7 production on hold. We reported earlier that Samsung has no other viable option other than the Galaxy S8 launch a bit earlier than they originally planned. Now, it seems like Samsung is taking that option and releasing S8 early.

All about the Samsung Galaxy S8 launch

This is owing to the fact that Samsung has been stuck with huge losses, low sales level and depreciation of goodwill. Many analysts had earlier said that in order to get over the Note 7 mess, they need to launch the S8 early. Samsung turned a blind eye towards it. But now, when even the replacement units started catching fire, Samsung has halted the production of its flagship device and an insider from Samsung has said that the Galaxy S8 will be launched in February.

Despite #Note7 #disaster,(ATM) i have been confirmed ,no early announcement…#GalaxyS8 SEe you 2+6 😉 Feb at 7PM #samsung #BeCareful ! pic.twitter.com/Rsh196dmBk

According to the source, Samsung will unveil its next flagship at Mobile World Congress in Barcelona, Spain. Not only that, he even gave the exact date and time – February 26, 7 pm. A closer look at the teaser image will reveal the number 8 in the eyeball (check the full image below). The hidden message here is that the Galaxy S series is the only line whose 8th variant will be out next, i.e. the Galaxy S8. Further, 8 in the eye could possibly point towards the introduction of Iris Scanner on board.

Now let us have a brief look at the specifications the S8 might have. It just might blow your mind.

That’s all folks. With that, we end our current topic on Galaxy S8 launch related things. Stay connected for more! 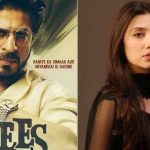 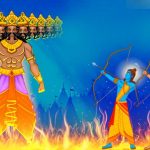