Tyra Banks and Beyoncé made headlines this week after an old, strange interview went viral—and now Keke Palmer is being a part of it.

After a chaotic interview from a 2008 episode of The Tyra Banks Show became a talking point on social media, the Nope star—who is no stranger to a viral moment—joined in on the jokes.

“This is why Beyoncé no longer does interviews,” reads the caption of the viral tweet, which has received over 1.4 million views on Twitter this week.

The tweet includes a clip of Banks interviewing the Renaissance singer for a “different” type of interview during her Sasha Fierce era.

When was the last time you bought something in a store, Buy-yoncé?” Banks first appeared.

She further asked – “If you could communicate with anyone who has died, who would it be?”

And the puns just keep coming, making for extremely cringeworthy viewing, as Beyoncé nods and smiles along.

“Gray-oncé, are you going to dye your hair when you get older?” “Clay-oncé, have you ever voted on American Idol?” “Slosha Fierce, when was the last time you were a little tipsy?” “Squasha Fierce, what sport do you like to play?” “Washa Fierce, do you sing in the shower?”

Among the noteworthy remarks are: “TREEyoncé- What is your favorite kind of tree? SkiYoncé: Do you prefer snowboarding or skiing? BiYoncé: Have you ever hooked up with a woman?”

Someone joked that the singer was: “”So Tiredoncé,” said one, while another added, “BEE-yonce.” What kind of insects would sting you if you were stung by a swarm?” 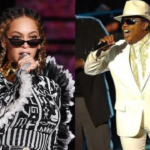 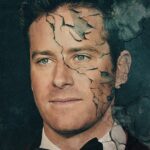