The Friends actor Matthew Perry made a statement saying he misspoke about his fellow actor, Keanu Reeves.

In his upcoming memoir Friends, Lovers and The Big Terrible Thing he wrote, “River was a beautiful man, inside and out — too beautiful for this world, it turned out. It always seems to be the really talented guys who go down. Why is it that the original thinkers like River Phoenix and Heath Ledger die, but Reeves still walks among us?”

After being questioned why he passed a negative comment for Reeves he said, “I’m actually a big fan of Keanu. I just chose a random name, my mistake. I apologize. I should have used my own name instead.”

He again mentioned Reeves in his upcoming book including the death of comedian Chris Farley, “His disease had progressed faster than mine had. (Plus, I had a healthy fear of the word ‘heroin,’ a fear we did not share),” Perry writes. “I punched a hole through Jennifer Aniston‘s dressing room wall when I found out. Keanu Reeves walks among us.”

This statement caused a stir in social media fans, and celebrities of Reeves came to support him.

Perry’s memoir will be available from Nov 1. His memoir tells about the active disease of alcoholism and addiction issues.

Who is Matthew Perry & Keanu Reeves?

Matthew Langford Perry professionally known as Matthew Perry born on August 19, 1969. He is an American-Canadian actor. Perry holds both Canadian and American citizenship. He is best known for his role as Chandler Bing on NBC television show Friends.

Friends was a huge success and perry with his co-stars became international celebrities. Perry and his main co-stars earned $1 million per episode in 2002. The program earned him an Emmy nomination.

Keanu Charles Reeves professionally known as Keanu Reeves born on September 2, 1964. He is a Canadian actor. He had his breakthrough role in the science fiction comedy Bill & Ted’s Excellent Adventure.

Reeves’s films have been banned from streaming platforms in China such as iQiyi, Tencent Video, and Youku, after his virtual participation in a March 3, 2022 benefit concert for Tibet House, a nonprofit organization affiliated with the exiled Tibetan spiritual leader, the Dalai Lama.

In 2005, Reeves received a star on the Hollywood Walk of Fame for his contributions to the motion picture industry.

The New York Times ranked him at number four on its list of the 25 Greatest Actors of the 21st Century. 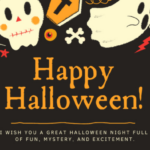 Happy Halloween Wishes, Messages, and Greetings To Celebrate The Wonderful Occasion
Next Article 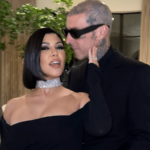