Google’s October 4 event is almost here and what happens less than 24 hours before that? The phones that were supposed to be announced at the event have already been announced accidently! In an unfortunate (fortunate for us as it ended the curiosity) turn of events, a UK retailer, Carphone Warehouse, has accidently listed the upcoming smartphones along with the complete details. Yes, it does means that Pixel specifications leaked.

Anyways, this has confirmed the previous reports related to name and specifications as almost everything matches with what we said and heard before.

Google is not only including the phone the in the promotional images, but it also includes numerous other apps that have been recently developed by the Android-maker. These included the brand-new Allo, Duo (video chat app) and Google Photos. These were coupled along with the phone’s accessories and features such as customizable cases and fast charging with the help of USB Type-C.

The base variant (32 GB) of the smaller Pixel has been priced at $649. This is a very high price and might turn out to be a deal-breaker.

Pixel specifications leaked? Tell me about it.

According to the specifications mentioned on the Carphone Warehouse website, both the phones have a micro SD card. This sounds very peculiar because Google is already offering a 128 GB variant. Furthermore, micro SD cards are not a feature of the flagship devices as they have an adverse effect on performance. This probably is an error that might have crept in.

However, it cannot be completely ruled out. It is quite possible as Google has already taken such drastic steps while switching from Nexus to Pixel. Maybe, this is one of them? Anyways, it means that we do have something to look forward to from tomorrow’s event. 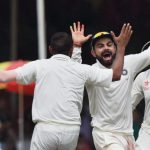 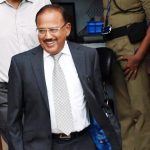