Commando 2 Teaser Poster: Commando 2 – the sequence movie of  2013 hit Commando – is all set to hit the cinemas soon and the team has started the strategies to promote the movie. The movie that features Vidyut Jamwal, Adah Sharma and Esha Gupta in lead is set to launch on March 3, 2017. In wake of the movie’s release coming near, the first teaser poster of the movie is out.

Here’s the Commando 2 Teaser poster in the tweet by Vidyut Jamwal:

Commando, the movie that received all the appreciations for Vidyut Jamwal for his unbeatable and mouth-opening action sequences. This was the movie that brought Jamwal to the limelight and established him as an action hero in the industry and holds a breath-stopping hot body.

The movie features Vidyut Jamwal and Adah Sharma in the lead and includes Esha Gupta, Adil Hussain and another hotty  Thakur Anoop Singh in the supporting roles. The movie is directed by Deven Bhojani and produced by Vipul Amrutlal Shah. The action is said to be taken to another level up than the one in the previous movie.

Well, the teaser poster is really something different and is already raising our curiosity about the movie and we can’t wait to see its trailer, which will be released really soon. The Commando 2 team is said to have taken a different and innovative way to promote the movie and that is a surprise for all.

Also, we can’t wait to see more of the Vidyut Jamwal who has established a benchmark among the action heroes with Commando and he also worked really hard on the action sequences of Commando 2 and we are dying to watch the trailer of the movie that is coming out soon. Until then, stay tuned with us for more updates. 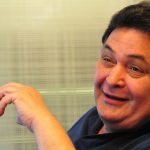