So you are planning to buy an expensive DSLR or digital camera just because you are not satisfied with your smartphone camera, right? Well, no need to do this as here you will learn how to take better photos with smartphone. Below you will come to know about some basic but very useful tips which help you to capture amazing photos. As you are already ready to spend some money I promise you that after reading below tips you would want to spend the same amount of on any advance smartphone, not on any DSLR or digital camera. So are you ready?

If you really want to capture impeccable photos then you need to try your luck during magic hours. Magic hours are considered one of the best time to take photos.

If you still didn’t got any idea about magic hours then let me tell you that there are two magic hours, one is just after sunrise and second is just before the sunset.

So why the magic hour is ideal to take better photos? Well at that time the light is soft not too harsh. You would love to pick magic hours for photography especially when you want to take photos outdoors.

In this situation, you can do simply one thing, avoid direct sunlight. Try to find any shaded spot where lightning will be obviously more uniform.

Apart from it whenever you find an overcast day don’t forget to take out your smartphone to take photos.

Capture Light Information As Much As You Can

Most of the smartphone camera sensors are not able to capture the information in darkest part because of limited dynamic range.

To deal with such situation all you need to do is capture as much light information as you can. So how you can do it?

Well, there is a powerful feature in your smartphone which is barely used by anyone. I am talking about exposure. Just tap on your screen where is the brightest part usually sky. It will set the exposure to more light.

Most of the time it works like a magic but still if you’ve got a dark photo don’t feel bad as you can simply remove it with mobile photo apps like Afterlight or Lightroom.

Give a Try to Third Party Camera Apps

These days’ smartphones are loaded with tons of camera options which let you experiment with many things. In this, if you are still not getting what you are looking for or your native camera doesn’t give you more control than simply move to third-party camera apps.

Well, there are so many camera apps that it is almost impossible to figure out the best. Don’t feel confused, get started with Camera+. It is a simple but powerful camera app which let you experiment with aperture, ISO, shutter and other parameters.

If you are owning any of high-end smartphones like iPhone X, Samsung Galaxy S9 or Google Pixel then you know very well that they have a portrait mode.

If you already know that and still failed miserably to take best shots then here is a simple tip. Just use portrait mode when you have plenty of depth and light behind your subject.

As you are aware of the fact that front camera is generally less powerful than the back one. In this how to take great selfies is the big question, right?

No doubt today there are many smartphones in the market which main USP is selfie camera but above question is raised by people who have a smartphone with a less powerful front camera.

Well in this situation I recommend you, don’t run behind buying a better front camera smartphone as it will give you less benefit.

In order to get the better front camera, you will lose the opportunity to get most from your rear camera. So take your decision wisely.

So, friends, these are some tips to take better photos with a smartphone. If you have any question related to photography then simply ask in the comment box. 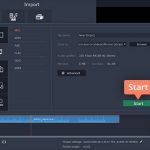 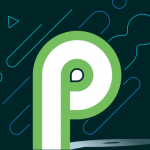