When Apple made iPhones with ‘not so powerful’ processors, they were still able to run all the apps and games flawlessly without breaking a sweat. Due to repeated taunts from the Android users, Apple built the A10 fusion processor to literally thrash its Android competition and it successfully did so. In fact, it even beat Pixel, the flagship device of Google – the Android maker. According to me, the quad-core A10 processor clocked at 2.34 GHz is insanely overpowered. This raises a burning question here that is it really necessary to buy 128 GB variant instead of 32 GB variant because the latter has been dubbed as slower? We don’t think so and we will explain the reasons in the forthcoming paragraphs. 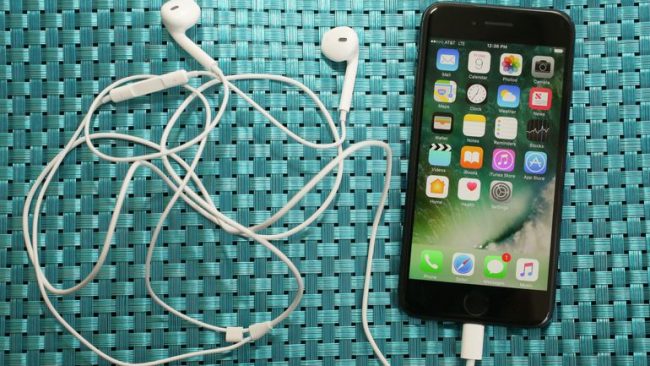 Write speed is slower, not the iPhone

First of all, when they use the word ‘slower’, they are talking about the writing speed of the memory, not the complete phone. All the iPhone 7s come with the same quad-core processor. They all have equal operational speeds. Calling the iPhone 7 32 GB slower would be wrong and unjust.

Second thing, the write speed is slower and there is a reason behind it. All the phones have an SSD (Solid-state Storage Device). The slower writing speed has something to do with parallel channels, with the help of which the transfers take place inside the SSD. The more the number of channels, the higher will be the writing speed. Higher capacity SSD’s have a greater number of channels which technically make them faster as they can write more quickly.

Another thing about SSD’s

Also, SSD has another property. When they are near its full capacity, they tend to become slow. In fact, they become slower than USB 2.0 (40 MBPS). Which means if you dump around 15- GB of data on your iPhone, it will take more time to complete the transfer on the 32 GB variant than the 128 GB variant. The 128 GB has a lot more space so it will hardly notice any fall in speed whereas the 32 GB variant will be almost so it will become considerably slower.

Read speed should be the one to look out for

What matters the most is the read speed, not the write speed. All the tests show that the read speed is equal in all the variants. This means that the 32 GB variant will take the same amount of time to start that the 128 GB or 256 GB will take. The point that I am trying to make here is that most of the activities you do every day (watch movies, play games and run apps) are based on read speed instead of writing one.

Write speeds are not the yardstick anyway

Let us talk about the writing speeds a bit more. SSD’s can write data at speeds of over 100 MBPS. When we look at our iPhone 7s, the most strenuous task that you can do it is record a 4K video. Even that maxes out at 30 MBPS.  Which makes the other variants higher writing speed pretty much irrelevant and utterly uselessly.

Now you might ask what if you got to transfer data from the PC, right? Well, in that case, Apple claims that the Lighting Cable maxes out at 60 MBPS however in real world scenario; it peaks at 40 MBPS, which again renders the higher write speeds insignificant.

So now I’m going to do the summing up. If you decided to save a couple of bucks and go for the 32 GB variant, which is enough for most users, you did not make a mistake. Is the iPhone 7 32 GB slower than the 128 GB variant? Well, technically, yes. But does it really matter? Not at all.

Should I buy the 128 GB variant because it is faster?

NO! You should buy the variant you need. If you’re planning on stuffing your iPhone with loads of high-resolution movies and shoot a lot of 4K videos, only in that case you should be considering the 128 GB or 256 GB variant. Do not buy them just because they have higher writing speeds because higher write speed is zero advantage in the real-world usage. I guess that must have been pretty clear by now. Stay tuned for more updates.